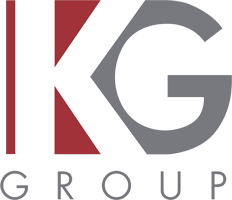 Many people know that Canada is the second largest country in the world, after Russia.  But a lesser known fact is that Canada has the longest coastline in the world, totaling 202,080 kilometres.  CHeck out these other fun facts about Canada:

Sudbury, Ontario is home to an underground laboratory designated for the study of neutrino and dark matter physics.

Between Banff National Park and Yoho National Park, bears, deer, and other animals can safely migrate over and under busy highways using more than thirty wildlife bridges.

Narcisse Snake Dens near Winnipeg is Canada’s garter snake mecca.  From the middle of April to early May, snakes slither to this area where visitors can view them from a platform.

Maple syrup is one of Canada’s most celebrated contributions to the culinary arts.

More than half of Canada’s adults have attended college, making Canada one of the most educated countries in the world.

The term “Beatlemania” was coined in the 1960’s by Canadian journalist, Sandy Gardiner.

Just a few more reasons to love our home and native land!